Surprising Triggers That Cause You to Be An Impulsive Spender

Why do you think financial independence is an achievement sought by many physicians? Could it be the seemingly unfettered lifestyle devoid of money trouble? Or could it possibly be because life is to be enjoyed and not full of angst about how to make ends meet while in times much like training? By now, or maybe not, you’ve realized behavior and mindset have everything to do with whether any type of independence is reached– and spending, by default, is a personal finance trap. Getting into the details, there are a few things to note about why spending can become so troublesome. For this exercise, let’s keep impulsive spending habits, credit card rewards, and credit card fraud specifically in mind.

As a tool for personal finance tracking, we look at tools like Tiller and Finder.com. Finder.com for analysis and Tiller for the application. Finder.com provides comparisons across personal finance products like credit cards, personal loans, money transfers and shopping deals. Tiller is just an awesome app we now use in my fee-only financial planning business and with client businesses. 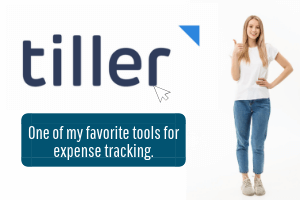 What You Will Learn

Finder.com is in business to help consumers make the best decisions with their money. They also do studies around spending and saving behaviors. I found some of their statistics both fearful and interesting—and hope you will too!

You and I have very similar goals. Matters of financial matters that allow physicians and physician families to become debt-free, financially independent and learn to avoid impulsive spending habits are of ultimate concern. Let’s dig a little deeper to see how we can learn to manage our inclination to succumb to impulsive spending habits, shall we?

I personally think it would be terrifying to see that person’s finances! Do you have impulsive spending habits? How often do you indulge yourself? What do you spend your money on? How does it impact your finances?

This may be something you’ve never thought about. Now you are aware—now you are thinking!

As you can see FOMO (fear of missing out) or YOLO (you only live once) lead the pack when you are impulse spending. I’ve written and spoken about how what other people are doing influences the choices we make. We must keep out own goals in mind so we can’t be easily influenced by marketing, advertising, friends or family. The number one thing that drives impulsive spending habits is marketing. Millions of dollars go into researching human emotion and behavior. The advertising community knows well how to manipulate you and evoke a response.

East or West: Impulsive Spending Habits in All Directions

Who was more prone to impulse spending? Was it the east or west? Was it male or females? Between men and women, the spending habits were very close, but we did learn some surprising things:

The psychological effects that are centered on “keeping up with the Joneses” are being multiplied by social media (only a couple of examples: Facebook; Instagram). Millennials are the most affected by the phenomenon of attempting to appear as successful as their peers due to the pressure that social media exerts.

I talked to Sarah Fallaw who is the author of The Next Millionaire Next Door on a previous show about “keeping up with the Joneses”. I would encourage anyone who is interested to check that show out.

I wasn’t surprised that men are the ones who impulse shop. I know from my own experience that since I never shop—when I do, it is usually not a planned event! However, the women in my life are usually intentional when they go to the mall.

The question now becomes how do people feel after they give in to impulsive spending habits?

Where people happy with what they buy during an impulsive shopping spree? The Finder.com crew polled individuals concerning their impulsive spending habits and the emotions the customer felt after their impulses purchases.

The millennials concerned me since they are currently the ones holding a lot of student debt. Also, we may joke about someone hiding a purchase from their partner, but financial infidelity can lead to tension in a relationship.

What other types of impulsive spending habits do people have?

Just imagine the times you are too tired to cook and have take-out delivered. You have just indulged in one of many impulsive spending habits termed convenience spending. Convenience spending is paying someone else to perform a service that you could have handled yourself. Another factor that plays into impulsive spending habits within the cost of convenience markets are certain age groups that are more comfortable with technology and using phone apps:

The younger generation is conditioned to a certain level of instant gratification and having a mean just a tap away is part of that. They are not used to cooking from scratch.

So, if convenience is the driver for those type of impulsive spending habits, what other incentives are there for inducing someone too hastily part with their money? Do these incentives make sense?

My clients tell me all the time that they use a card because they get bonus points. My thought on it is if you have any credit card debt –don’t chase points! You are trying to get two points to pay them 20% interest. That doesn’t add up.

For those who aren’t in debt: if you don’t go after the two cents on the dollar and you save the dollar—that is your best return. After reading a case study from Jennifer McDermott with Finder.com says that may not be the case. Others may not think the same way. I wondered how many people were spending and accumulating points unnecessarily.

Because of impulsive spending habits, they will purchase something they may not even need in order to grab those points! They aren’t weighing the value of having the points versus having money in their pocket.

What are people most likely to buy in order to chase points?

When I looked at these studies, I felt like the average person was having a case of FOMO (fear of missing out).  They are afraid they will miss out on a good deal which contributes to impulsive spending habits. I wondered if this had to do with what region someone lived in, if this is a male/female thing or did it correlate to any age groups? Strangely enough, men were found to be more inclined to chasing points than women were!

Are these programs worth it? I think if you are purchasing a necessity and you can pay it off in full, then yes, you can do this. I personally use a credit card because I know I have the cash and can pay for it when I want. The points are nice—because I know I will never carry a balance.

A takeaway is if you are not paying off their credit card in full, then they are not getting any value from these programs.

You need to understand their system and be able to play their game. This may mean understanding the terms and conditions (yes, reading all the tiny print that gives away their loopholes).

A favorite program to use is Wallaby. If you hook your credit card to this app, it will track your spending, how much you owe, your total line of credit and when your bill is due. It will even categorize your purchases. Plus, it has a real-time alert system to let you know where to shop to maximize your points.

I also did a show with Holly Johnson about credit card rewards. That would be a great show for you to watch and learn about credit cards and points. She can tell you which places to shop and what cards to use to get the best bang for your buck!

Depending on if you have impulsive spending habits chasing points can be positive or negative. One downside might be one of the many scams that are out there. What scams are out there? How can you protect yourself?

Credit card fraud is very common. In 2016 I was the victim of fraud. The perpetrator charged $400 for gas at two different filling stations in 20 minutes. In 2018, I had two clients who were victims of credit card fraud.

How common is it? What does it look like?

I use Credit Karma on our phones. It will not protect you if someone duplicates your card or you lose your wallet. They will alert us if someone attempts to open new credit in our names.

What are some other ways to protect yourself? The banks are only catching half the time. What if you are in the 50% the bank doesn’t catch? You must take steps to protect yourself from credit card fraud 100% of the time.

If my blog today did its job you are now considering your impulsive spending habits.

Are you thinking about your motives and triggers? When you walk into a department store will you be able to see the traps the marketing and advertising departments have set for you?

Do you understand the points system and how it feeds impulsive spending habits?

Afterall, department stores are one of many businesses who have a vested interested in perpetuating your impulsive spending habits!

Find the Financial Residency Community on FB and join in on the debate.

Have you subscribed to the podcast yet? We’re on iTunes, Stitcher, and Google Play Music!

Liked this episode and blog? Be sure to share with the physician friends and family you care about! No doubt they’d thank you for it.

« Will Making More Money Make a Physician More Happy?
Be In The Know: Save Thousands of Dollars with These Money Saving Hacks »