Do you want to confidently navigate your retirement options?

When you start looking at retirement plans it can be really confusing. The names with all the associated letters and numbers–not to mention the fine print!

I thought I would discuss retirement plans and touch on some of the main points. I want to dive into the subject deep enough for you to understand, but not so much that you get lost.

That will be kind of like walking a tightrope!

However, there are two main topics to cover. They are individual and employer-sponsored plans.

Everyone has heard of 401k.

It is one of the most commonly known private employer-sponsored retirement plans. It originated in the 1980s and was named after the tax code that governed it. The 401k was originally a supplement to pensions. However, pensions are pretty much out the door, as no one offers them anymore!

It is a retirement plan for nonprofit companies or religious groups. If you think about school districts or governmental organizations, you’re on the right track. It can also be called a tax-sheltered annuity.

Both of these plans can be considered qualified retirement plans. They allow eligible employees to save and invest for their own retirement. It will usually be on a tax-deferred basis.

As an employee, you can contribute, and your contributions will reduce your taxable income for the year if you are putting them into a non-Roth plan.

Because you’re getting an upfront tax break, it’s reducing your taxable income. Which means that you’re going to owe taxes on the withdrawals when you start taking money out during retirement.

How does that work

As you are retiring, you are pulling money out–that money you will have to pay taxes on!

Now, about that Roth….

Contributions are going to be made with after-tax money, so you don’t get a tax break in the year that you are contributing.

However, the withdrawals you start making in retirement, you’ve already paid tax on the contributions up front. They were paid with after-tax money, so the withdrawals from this Roth account are tax-free.

In other words, it grows tax-free and it comes out tax-free!

I’m going to tell you a true story of a very rare event.

This year (2019), all of us can contribute $19k a year into our 401k or 403b. It’s up to your employer if they want to match the amount or not. When they do it’s usually based on a percentage of your salary.

However, the IRS indicates between the employee (that’s you)  and your employer, you aren’t allowed to put over $56,000 or 100% of your salary–whichever is less.

The cool part is that $37,000 doesn’t go against your personal contribution maximum. That’s free money offered by your employer in a company match!

Who wouldn’t go for free money?

Now, some employee retirement plans have a vesting schedule. The requirement would be that you work for the company for a certain period of time.

For example, your employer might state that you vest at 100% of the contribution after three years. If you work there for three years and one day–the 100% is all yours!

What if you work there for less than three years?

The employer will typically have a scaled rate so that you can invest a portion of the money.

Hey, we are talking free money here, do what you can to get the dough!

How would I describe the investments in these retirement plans? Limited and crappy. That means you have to take it upon yourself to do some due diligence. 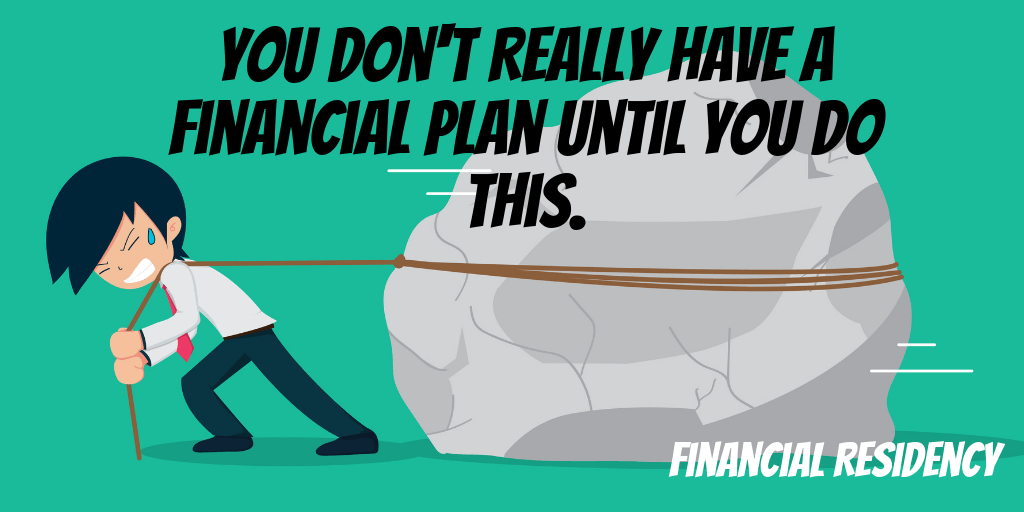 Since you can’t do anything about it, at least do figure out what you are investing in.

You try to look for low cost, highly diversified, and there is always hope–index funds.

However, one size doesn’t fit all. That leaves you with the job of doing the best you can with the limited funds.

Something to be aware of, sometimes the management and administrative fees can erode your investment returns over the long run.

Just a heads up!

When you start working for a new employer, there might be a 90 day (sometimes an entire year), before you can start contributing to your retirement plans.

Are you going to attempt to reach your $19,000 contribution?

If you’ve started working in mid-year you will be throwing a lot of money into your retirement plan.

You will think it’s worth it in the end!

And speaking of the end…what if you die?

Who would receive the funds from your retirement plans?

Let’s say that you want to name someone other than your spouse. In order for that to legally happen, your husband or wife will need to sign a written waiver.

Remember that your wishes need to be in writing!

A scenario where that will be important is if you are separated (not yet legally divorced) from your spouse and want your money to go to someone else. Once again–a waiver must be signed.

Do you want your children to be beneficiaries?

Well, retirement plans won’t transfer money directly to a minor. That means you need to appoint a trustee or guardian (again in writing) to receive and take charge of the money until the child is an adult.

In order to save time, money and heartache–make the effort to get your beneficiaries in writing or have them sign waivers!

These retirement plans are the three big ones.

Does your employer have both retirement plans? The 403b and 457?

You can contribute the maximum amount to both plans! That is if you are earning enough income to contribute $19,000 to each retirement plan!

As you put this money away it lowers your taxable income (the pay that hits your bank account). If you are an attending physician making a good salary putting this money into the plan is doable.

The 457 is on your employer’s books and part of their general assets. The 457 plan is a promise by your employer to pay you back.

However, if your employer filed bankruptcy, and they hadn’t put the 457 accounts in a trust, it could potentially all (or partially) be lost. If you work in a governmental agency there shouldn’t be a problem with bankruptcy.

The government is a little more secure than a private agency. You may have to investigate whether the company is financially stable after all this is your nest egg we are talking about!

457 retirement plans reduce the IRS annual limit that you can put the money into, some employers will choose to not match the contributions. Instead, they will open up a 401a.

Let me skim the surface of a 401a for now, and I’ll write about them more in-depth in another blog.

An example is when you put $19,000 into your retirement account and the employer wanted to match, their portion would go into the 401a.

The amount they match varies and depends on the entity!

What is an individual retirement plan (IRA)?

An IRA is a government-sponsored, tax-deferred personal retirement plan. It has nothing to do with your employer.

These are personal plans and there are a lot of different types out there. I want you to know about three of the most common types that you hear about.

The traditional IRA is the same as a 401k. This one depends on the deductibility in terms of taxes. Your contributions would lower your tax burden for the year that you make them in. The deductibility is based on your income or your adjusted gross income and your filing status.

You can’t get any deductions on your contributions if:

This is where a lot of people who are playing games with their student debt and PSLF get into trouble. The $10,000 is very different than the $123,000 (married and filing jointly).

At age 70.5 there are required withdrawals each year called required minimum distributions. The IRS expects you to pay regular income taxes on the withdrawal. The government is saying “We want your money, our money, and the tax money”.

The more rebellious readers are wondering what will happen if you don’t withdraw the money or you don’t take the required amount out!

In order to put money into a traditional IRA, you’ll need earned income. The amount you can contribute in 2019 is $6,000.

Let’s compare the traditional to the Roth IRA.

When you take money out in retirement, it’s not going to be taxed. So you don’t get the tax benefits upfront.

You’ll need a certain income level in order to be eligible for the Roth IRA. That income must be earned income, and the contribution maximum is $6,000.

That certain income level for eligibility that I mention above will phase out some income levels.

Note: the Roth 401k doesn’t have any income restrictions. It should be stated for the record that if you are an attending physician you shouldn’t put money into a Roth 401k. The reason is your tax rates will be lower in retirement.

Your situation may be different and change matters, this is a disclaimer for that reason!

In the next segment, we learn how a non-working spouse can contribute to your retirement plans!

If you are married and filing jointly, your non-working spouse can contribute to an IRA, just as if they were working.

I should say that is true if you (the working spouse) has enough earned income for them to contribute!

The spousal IRA works the same as traditional Roth IRAs.

No, this is not an illegal move!

The IRS won’t throw you in the slammer for this one.

In the last tax update, the Backdoor Roth was acknowledged as a viable loophole!

What loophole are we talking about?

If you’re phased out of a Roth, and you have to put money into a traditional IRA.

That means if you’re already phased out of the Roth, you’re definitely not going to get the deduction in a traditional.  Your investments will be allowed to grow tax-free, during that time until you take it out of your traditional, but then you’ve got to pay tax on it.

That’s not that fair!

Honestly, if you get no tax benefit upfront, it can grow tax-free, which is great. On the flip-side, you’re taxed on it coming out. It’s kind of like the lose-lose.

Here are the phase-out limits:

Let’s say that you have money in a traditional setting, you should probably move it into your employer-sponsored plan.

But in another example, what if we said everything was zero?

You could immediately convert it to a Roth, you’ve just executed the Backdoor Roth strategy.

This strategy will allow your money to grow tax-free and once you are retired you can take it out tax-free!

Yes, it skirts the rules a little bit.

No, it’s not as sneaky as everyone once thought it was.

Yes, it is advanced tax planning, takes effort and it is definitely worth it!

I hope the information I provided will help clear up your questions regarding retirement plans. It can get confusing!

You read the blog, now what? Well, a nice hello in one of our FB groups — Physician Finance or Financial Residency — would be nice! See you there!