How Much Do Doctors Make?

Regardless of the specialty, type of practice, or location you choose, being a doctor is a lucrative and rewarding career choice.

Whether you’re a medical student or you’ve been practicing as a physician for years, income stats can help provide more insight into your career.

Several factors can impact doctors’ salaries, from location and specialty to the setting in which they practice.

So, how much do doctors make?

We’ve combed through the latest income reports and survey data to provide you with key stats on how much physicians earn.

What Is the Average Salary for Doctors?

According to the Bureau of Labor Statistics, the national average physician salary is $231,500, and the average hourly rate is $111.30.

However, average doctors’ salaries vary by location, specialty, and the type of practice in which they work.

For example, the average primary care physician earns $260,000 per year, while specialists have an average annual salary of $368,000, based on Medscape’s 2022 Physician Compensation Survey.

With the cost of living and demand differences across the country, location can have a significant impact on a doctor’s earning potential.

That’s why some doctors choose to practice in more rural areas that have a lower cost of living and more pressing demand for their specialty.

We’ve broken down income data at the state and city level below.

According to Medscape’s 2022 Compensation Report, Kentucky and Tennessee are the highest-earning states for doctors. Physicians there make an average of $348,000 per year.

Here’s an overview of the top 10 states based on physician income. States with the Highest Pay for Doctors

Doctors in Charlotte, NC, have the highest salaries in the country, earning an average of $462,760.

Doximity’s survey also found that Charlotte had the highest income growth rate among physicians in the nation, with doctors in the city earning an average of 12.9% higher year over year.

Here’s a look at the cities with the highest average income reported by doctors in Doximity’s 2021 Compensation Report: Cities with the Highest Pay for Doctors

On the opposite end of the spectrum, doctors in Baltimore, MD, earn the lowest income in the nation, making an average of $330,917 annually: Cities with the Lowest Pay for Doctors

Geography isn’t the only factor that determines a doctor’s income. The pay gap between different specialties can be significant.

It’s important to note that income data from surveys aren’t necessarily illustrative of the entire industry.

While results can vary from one survey to the next and several factors are at play, we can still look to this data for some baseline estimates of what doctors earn across different specialties.

Based on Doximity’s survey of 160,000 physicians nationwide, here are the highest and lowest-paying specialties.

Neurosurgeons have the highest annual compensation per year of any specialty, and pediatric infectious disease doctors are the lowest paid, on average.

However, it’s important to note that there are also intras-pecialty income discrepancies. There are several steps you can take to advance in your specialty and maximize your salary.

Specialties with the Highest Increase in Income

For the first time in its 11-year history, the Medscape Physician Compensation Report saw an increase in income in every specialty.

Otolaryngology had the highest income growth overall. These are the specialties that experienced the most significant pay increase overall in 2022: Specialties with the Highest Pay Increases

Physician Salaries by Type of Workplace

Your employment setting can also drastically impact how much you earn as a doctor. Doximity’s survey shows that all practice types experienced an increase in income in 2021, led by urgent care centers.

Below, we’ll take a look at the average income of physicians in various employment settings, based on Doximity’s findings:

72% of doctors in public health and preventive medicine feel that they’re fairly compensated for their work. If they could do it all over again, 73% of doctors say they’d still choose medicine.

Here’s a look at the percentage of doctors who’d stick with their specialties:

In 2021, overall physicians’ income levels rose by 3.8%, on average. But because of the 6.2% inflation rate, doctors actually took home less real income (Doximity).

The gender pay gap between male and female doctors is 28%.

Doximity reports a 28% pay gap between male and female physicians. Their study reported that a male doctor makes an average of $122,000 more than a female doctor each year, and an average of $2 million more over their entire careers.

21% of individual doctors saw a decrease in their earnings in the last year.

70% of those doctors whose income declined said it was a result of the COVID-19 pandemic, down from 92% in the previous year.

15% of physicians said they weren’t given an annual raise, and 10% said their hours were reduced (Medscape).

46% of doctors take on additional work to augment their income.

Nearly half of physicians supplement their income with side projects. Here are the top 4 ways doctors earn an additional income: Mortgages, health insurance, taxes, and student loan payments are common expenses shared by most doctors. Here’s a look into physicians’ spending habits in these areas.

3/4 of doctors pay for their medical bills with their workplace health insurance plan.

74% of full-time doctors use their own employers’ workplace policies to cover their medical expenses. 9% are on their spouse’s plan, and another 7% purchase an independent healthcare policy ( Medscape).

The amount doctors spend on houses varies significantly from state to state.

Thanks to physician mortgage loans, doctors can borrow more for a downpayment than the average applicant, with less stringent proof of income and debt-to-income requirements.

LeverageRx found that doctors in the Midwest spend twice as much on new homes as other buyers, on average.

On the opposite end of the spectrum, they reported that doctors in Alaska only spend an average of 5% more on houses than the general population.

Doctors pay an average of $76,117 in federal income taxes.

Data from Medscape suggests that the average amount of federal taxes paid by physicians’ families each year is $76,117.

According to PatientGain’s Healthcare Practice Advertising Report, most practices have an advertising budget of anywhere from $600 to $15,000.

According to the Association of American Medical Colleges (AAMC), the median amount of medical school debt for 2021 grads was $200,000.

Regardless of the specialty, type of practice, or location you choose, being a doctor is a lucrative and rewarding career choice.

From family doctors to OB/GYNs to specialists, most doctors will earn between $6 to $10 million over the course of their lives (Medscape).

That’s enough to live comfortably and make a positive impact on your patients, however, and wherever your medical career path takes you.

For more information, take a look at the sources below to view all the data featured in this article. 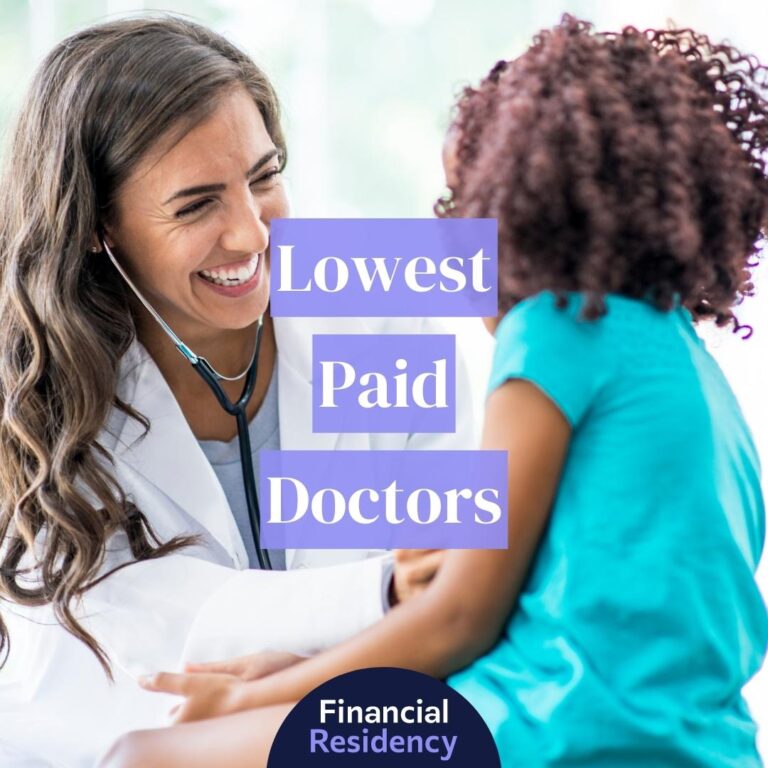 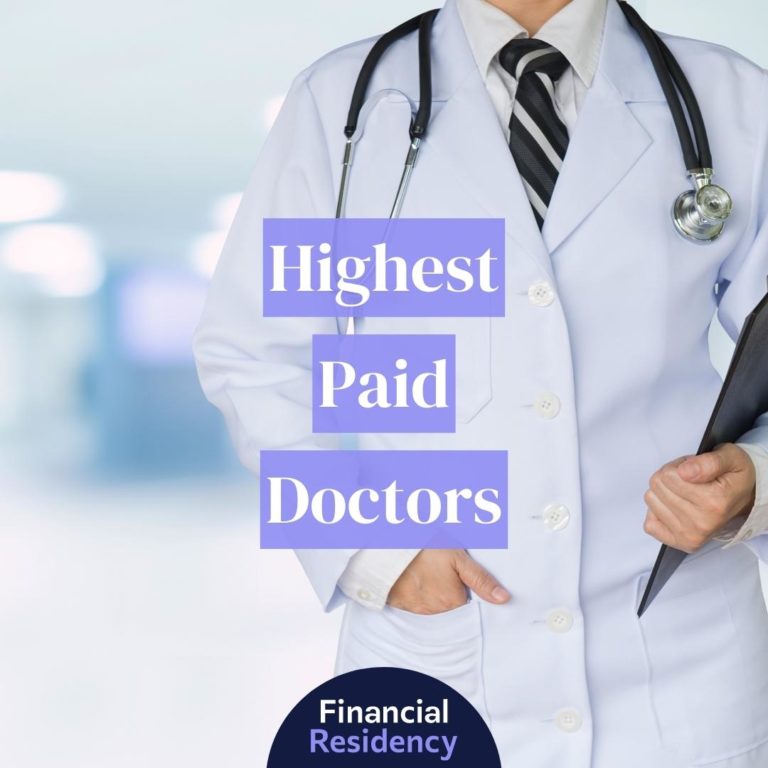 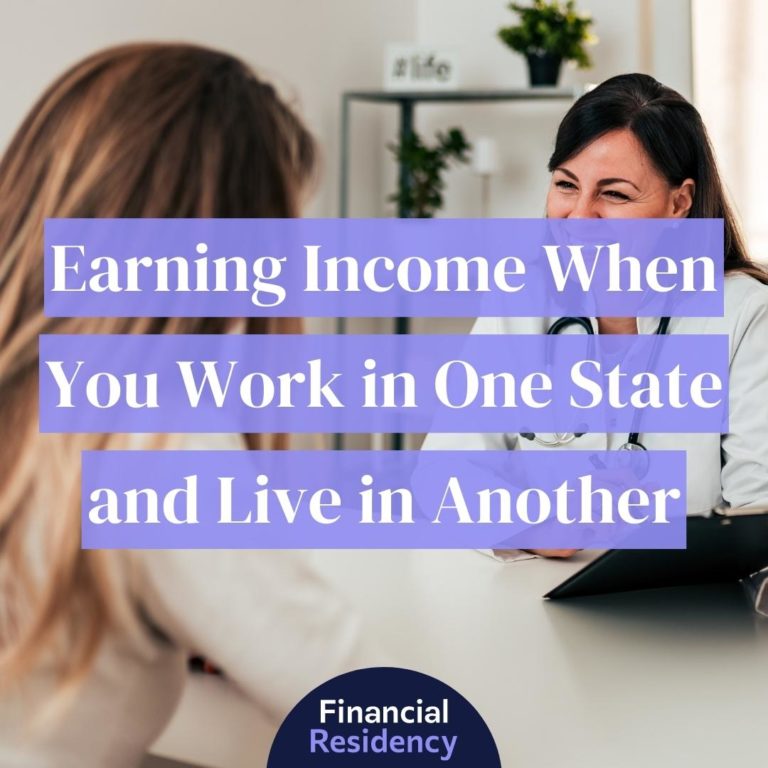